Shiran Wang was born in Nanjing, China, and has been praised internationally as ‘the piano princess’, today’s rising star in the world of classical music. “She certainly possesses a special talent as well as superb instrumental performance ability; furthermore, her performance is full of artistic appeal,” commented the European Morning Post. Max Wilcox, former head of the American RCA Records’ classical merchandising division and Arthur Rubinstein’s former record producer, predicts that Wang Shiran will become the next Rubinstein. Shiran Wang is undoubtedly the upcoming leader of the next-generation of pianists, and is expected to become an internationally renowned master within the next 10 years. She is so gifted that it seems that she was born to play piano, reported the press in China.
She has been invited to perform in numerous countries throughout the world in such famous concert halls as the Musikverein Golden Hall Vienna in Austria, Carnegie Hall New York in USA, Philharmonic Hall in Germany, Theatre des Champs-Elysees Paris in France, Cadogan Hall London in England, Prague’s Dvorak Hall in the Czech Republic, Munich’s Herkules Saal in Germany, Roman’s Auditorium Della Conciliazione in Italy. She has been invited to perform with such famous masters as Mischa Maisky, Maxim Shostakovich and so forth and she has performed with numerous orchestras as well, such as Vienna Philharmonic Orchestra Ensemble, Royal Philhamonic Orchestra, Vienna Symphony Orchestra, Berliner Symphony Orchestra, Orchestre Pasdeloup Paris, the North Czech Philharmonic Orchestra, Orchestra Symfonica di Rome, Budapest Symphony Orchestra, and so on.
Shiran Wang ‘s first album was published and released by China Record Corporation in 2007. Her second album of Shostakovich Piano Concertos No. 1&No.2, with famous conductor Maxim Shostakovich, was published by Sony label in 2013. Maxim Shostakovich remarked regarding his experience with Shiran Wang: “Recording my father’s Piano Concertos No.1 and No.2 with the great pianist Ms. Shiran Wang was such a pleasure for me and her brilliance made me professionally happy. Her playing was absolutely inspirational and precise showing high technique with colorful expression which let her brilliantly overcome the most difficult pages of the concerto.” She recorded all of Bach’s Piano Concertos (No.1 to No.7) with the Vienna Symphony which were published by DG Vienna in 2015.
Shiran Wang has been awarded numerous prizes in piano competitions at home and abroad. In 2005, she won first prize at the Fourth International Prokofiev Piano Competition in Ukraine, and was the winner of the Seventh Arthur Rubinstein Youth Pianist competition in Poland in 2007 as well as the Fourth Rachmaninoff International Piano Competition held in Moscow in 2008.
Surely everyone is born with a special skill, a certain talent. But Shiran Wang was truly born with an exceptional one! When she was a baby, she could not fall asleep without listening to piano music. At the age of 3, she started playing on a toy piano without any instructor at all. She began to study piano at the age of four and a half. As a 5 year-old, she began composing music by herself. She was admitted to the Middle School at the Central Conservatory of Music in Beijing at eleven. Amazingly, at a very young age, she was able to reproduce music without the slightest fault after listening to the performance but a single time. In other words, her musical memory was and still is amazing. She has studied with professor Dang Thai Son, Dmitri Bashkirov, Fou Ts’ong and William Grant Naboré at the International Piano Academy Lake Como. 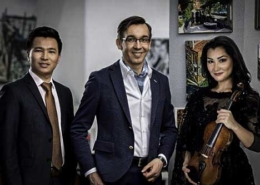 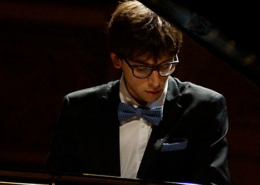 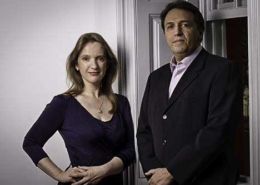 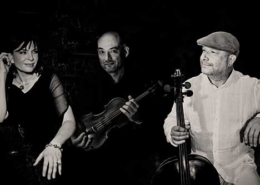 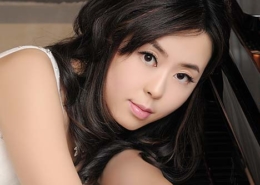 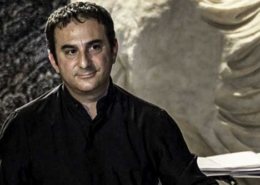 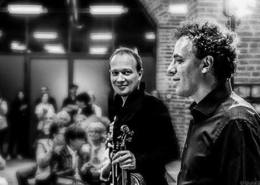 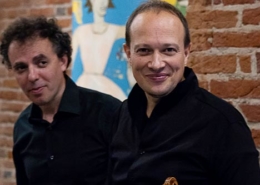